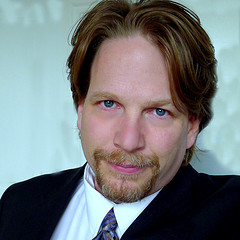 Ah, the life of a virtual manager. You may not have asked for it, but chances are you have it. Research finds that 80% of managers lead virtually at least part of the time. Converging factors of telework, globalization, new communications technologies, and recurrent cost-cutting have made virtual life the norm inside companies. Yet, managers aren’t trained for it, and few do it well.

I’ve yet to meet a professional who says they prefer virtual leadership. Instead, it’s a part of the job generally endured and managed as best as possible. Death by meeting has been replaced by a long slow soul-crush by global conference call.

But what if, instead of simply coping with virtual management, we were inspired because of it? How could we reach more people, in authentic ways, and build stronger connection?

Sounds like a leap, I realize. But there are those who do this every day, and do it well — social media experts. And they have a lot to teach virtual managers.

Consider that some social media pros have been in the game of building virtual connection since the blogosphere was fringe territory. They’re the first to try new technologies and apply analytics to measure effectiveness. As companies adopt internal and external social networks to support productivity — and managers decide what works for them personally — we can learn significantly from the experts who call this world home. And at the top of that list of social media gurus is  Chris Brogan.

Chris is a social media pro’s pro. His blog is in the Top 5 of Advertising Age’s Power 150. He’s the New York Times bestselling author of  Google+ For Business: How Google’s Social Network Changes Everything, and Trust Agents, among others. He speaks and consults with the world’s premier companies about the intersection of technology, media and customers acquisition. Chris has more than 200K followers on Twitter (and that’s just one social network).

KH: I speak and coach around leadership presence and influence. One question that comes up frequently is how to influence virtually as teams are increasingly scattered across offices and countries. I have a theory that social media provides some lessons. What do you think about that idea?

CB: I think that social media is like Oreo cookies to virtual teams’ milk. It’s a perfect fit. If you can’t “be there” then be there. Flip open the Google Talk cam or the GoToMeeting with Hi Def Faces and you got something.

KH: You talk about the human digital channel. How does that apply to relationships inside an organization?

CB: The human digital channel as I talk about it is a sales channel, but inside organizations, the same premises relate. I talk about needing sustainable, relationship-minded business practices. Internally, this is true as well. We have a paperwork glut. We have a trust deficit. These things could be fixed, if people cared to fix them, and then ALL of business would function better.

KH: If you were running a virtual team, what would you do to make it cohesive and productive?

CB: Daily brief meetings with all of my team would be good (either via video or IM), and then I would do weekly or monthly check-ins where we talk through issues. Other times, I’d really promote the use of just having video cameras on and open while working so that you get that “random banter” element that’s missing in virtual experiences.

KH: How does social media allow you to exert influence and build trust simultaneously?

CB: I try never to exert influence, but instead let people’s trust in what I’ve done before encourage them to believe that the ideas I point people towards will be of value to them and not always (or rarely) of profit to me.

KH: What technology tools would you say are best for team building?

CB: I don’t know that I’ve ever thought about the tools as the way to build a team. I’d say it’s a lot of touch that helps build a team. A Google+ business group or even a personal circle where everyone has cross-circled each other would work swimmingly for keeping a log and keeping communications in one place simply.

KH: Are there different rules for building a sense of community online versus offline?

CB: There are. Online requires more touches (contact with people) and it requires effort to ensure proper tone and inflection are understood. Some people scoff at emoticons but I use them quite often to point out that my mood when saying something is good and cheery. What’s missing the most online is body language cues, and people don’t realize just how much they need these cues. To that end, you can work extra hard to communicate conversationally (in tone), and people will start to understand that flavor.

KH: Can anything replace the impact of face-to-face communications?

CB: No. Face-to-face is still the gold standard and will be. It will never be the lesser of options. However, as business rules and global opportunities change, we might see the % of face-to-face time slip. I tend to work 70/30 virtual to in-person.

KH: You’ve made a career out of being at the forefront of social media. Tell us about your latest book, Google+ for Business. Should we all be flocking to it?

CB: Over 100 million users and growing in the first six months, run by one of the wealthiest companies in the world, and run by the #1 search engine (which drives almost all people’s business search efforts) in the world, and people are still saying, “I’m not so sure. I just started using Facebook.” To me, if you’re not actively working on your Google+ experience, you’re just asking to be left behind when the next wave hits. I don’t say this because I wrote a book. I wrote a book because I say this.

Have any inspired, creative ways to manage virtually? I’ll feature in a future post. Share here or @kristihedges.