How To Boost Your Influence 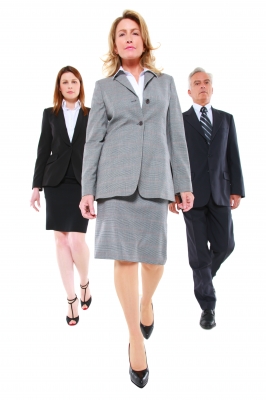 Influence is a hot term in companies, and with good reason. When we go into work each day, we spend most of our time influencing others. We write carefully worded emails to spur others to action, sit in meetings where we advocate for our positions, and try our best to be seen by key stakeholders as high-talent employees.

Hierarchies have flattened in current organizational models, and influence has become the primary means for getting work done. We operate in cross-functional and distributed teams, often managing projects with peers and those more senior.

Suave self-promoters know that influence is foundational to getting ahead, and that it requires finesse to be seen as smartly ambitious rather than crass. (See my advice on how to artfully self-promote in this post.)

Whether for our own careers to excel, or to simply get our to-do lists checked, we need to get comfortable with the art (and science) of influence – and how best to exert our own. Here are five suggestions for how you can increase your influence in your organization:

Recently, I spoke to a woman with a new boss about how to make a positive impression on him in their first meeting. My suggestion was to offer more, and ask less. This may sound counter intuitive, because we’re often told to confidently ask for what we want. And that’s the point.

Most of the time, people are asking for things from others. As a new boss meeting his team, I knew this person would be bombarded by people wanting something from him. So I suggested the woman consider what would be helpful to a new manager – perhaps information, introductions, or a strategic overview.

Being the one who makes valuable offers to others sets you apart.  When you do a favor for someone, and not as a tit for tat, it increases your influence.

Adam Grant, author of Give and Take and professor at the Wharton School of Business claims, “the smarter you are, the more you reject zero-sum, win-lose thinking.”

Further, as Cialdini so adeptly put it in the vastly popular Influence, reciprocity is one of the most powerful forces of influence. Perhaps as a legacy to our tribal natures, humans are very motivated to pay back any favors done to them. Or consider it karma – what comes around goes around.

It’s hard enough to hold direct reports accountable, but to be influential, you need to hold peers and senior colleagues accountable for their promises as well. Doing so tactfully, yet clearly, shows your fortitude and commitment, and makes your colleagues look at you with more respect.  If you don’t hold others accountable, you can appear to lack gravitas or power.

The number one method to manage accountabilities is to be clear about what’s expected and follow up. Having people commit out loud in the meeting can also inspire commitment. If you find that colleagues are blowing you off, remind them of their own commitments, and ask for a face-to-face meeting to gain resolution. Bringing in reinforcements to support your message can also be effective, if it’s done in a non-threatening way. (Getting back up from your boss’s boss, is a tough one to pull off, for example.)

The line to walk here is assertive but not aggressive.

Think of what used to pass for an influential U.S. Senator. They used a combination of cajoling, favor trading, and frankness to get their colleagues – even across the aisle – to fall in line.

Meetings are critically important to careers. They are the corporate platform: what you say and do in meetings is noticed, analyzed, and remembered.

Meetings are also a platform for influencing skills. Being able to present ideas adeptly, manage conflict, bring about consensus, and be firm with accountabilities are all on display here.

Consider meetings an opportunity, and not an activity to endure. Show up with your full attention and presence, and take them seriously. Because they are so hated, the bar is low. If you’re the one who comes prepared, on time, with energy and active engagement, you’ll increase your influence with that alone.

Finally, make sure to get your voice in the room, and early. Being silent never looks good, no matter what your level. If you don’t know what to add, ask a great question.

Organizations are full of self-protective half-truths and CYA behavior. Having the bravery to say what needs to be said can dramatically set you apart.

Surveys consistently show that all levels of employees want feedback, and appreciate getting it from others. It’s also been shown that as people ascend to higher levels they get less feedback, and need it more than ever. Good leaders have well-developed feedback channels, with trusted sources they can consult who will give them the straight facts.

These trusted consiglieres have the leader’s ear because of their forthrightness. Being able to speak truth to power, or to say the unsaid, is a key influencing skill. To get this right, it’s important to have the right intentions. Motivations show. If you are sharing your opinion to truly be helpful to the cause, the effect is generally very positive. (This may require some self-management on your own part to discern your true motivations.)

And by all means, if someone asks your opinion, tell them.

5. Learn the art of perspective-taking.

As a follow on to the last point, in Give and Take, Adam Grant advises that, while empathy is helpful, so is seeing a situation objectively in order to understand the perspective of the person you’re dealing with. He found that in sales, for example, those who could take the perspective of the customer (rather than just empathizing) had the highest close rates.

Perspective-taking is essential to building any influential relationship, and also in understanding how to better communicate. After all, if I can’t understand where you’re coming from, how can I influence you?

What’s worked for you to increase your influence? Comment here or @kristihedges.