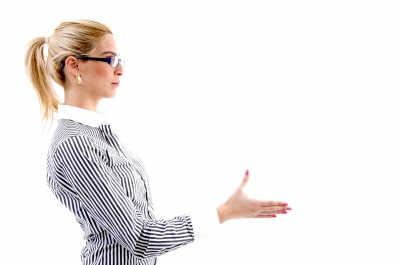 I recently was interviewed by a reporter on a surprising topic: how employees can negotiate an exit package for themselves that allows them to pursue a new opportunity or to start their own business. You heard that right – how to get the company to pay you to leave on good terms. My first reaction was, hmm, is this really a trend?

But then I took a step back and realized that I know several people who have navigated this exact scenario successfully. And clearly it’s pervasive enough that one of the world’s top media outlets is writing about it. (Even though for most of us it seems like a crazy thing to even ask.)

Are some people that good at negotiating for themselves?

Most of us are poor negotiators on our own behalf. We may go to the mat for others – fighting for our staff to get raises or for our kids to get the best teacher. Research has even shown that women in particular negotiate best when they see the result benefitting someone else. When it comes to straight out pushing for something for our own interests, we often back away from the negotiating table early – or don’t even take a seat. We associate negotiation with conflict and emotional discomfort. Instead of taking any chances, we avoid conflict at all costs and take the bare minimum offer.

It makes one wonder how many opportunities we leave on the table in a career simply because we don’t ask. More times than not, we hold back out of fear – of not seeming nice, of rejection, or of being told no. To be good negotiators for ourselves we need to be courageous. Feeling uncomfortable doesn’t necessarily mean something’s wrong; it just means it’s uncomfortable.

Add to that another maxim, as Oprah says, when we know better we do better. So whether we’re looking for a bigger salary or trying to gain a promotion (or requesting an exit package), here are a few negotiation pointers to consider.

An outcome that benefits everyone is generally best and easiest. Before you have your first meeting, consider what will benefit your employer and yourself both. We often go in thinking of what we want, and that can make the conversation intimidating to even start. Instead, go in with the perspective of how you can do your company a favor.

Research on negotiations supports that the better we can understand the perspective of the other party, the more successful the outcome will be.

Even if you’re asking for that elusive exit package, show your employer how it can benefit them first. Perhaps your severance is tied to a much longer notice period, for example.

We all hear the stories of how companies can fire you in a second, and there’s no loyalty anymore. We’re advised to keep our cards close to the vest so we don’t expose ourselves. This defensive thinking leaves many options on the table.

In reality, most employers abhor conflict and want to do something that’s right for both employees and themselves. Conflict leads to discord, which exposes companies to expensive legal proceedings. I used to run a consulting firm, and can tell you we’d do pretty much anything within reason to avoid a disgruntled departing employee. We called it throwing money at the problem.

No matter what you’re negotiating, don’t assume that your company or boss has it out for you. They probably want to walk away from the table as peacefully as you do, with everyone giving a little and feeling whole.

The next time you negotiate for something, ask yourself, how would I approach this if I assumed positive intent from the other party?

As good professionals, we try to build our case before going in and negotiating. It may seem weak or wishy-washy to go in first to ask your boss for advice before you have a plan. But actually, research shows that we look more credible – not less – when we seek out the opinions of others. Showing your humanity can actually make you more influential as well.

In addition, consider this: when someone gives us their advice, they are investing in us and rooting for us. Suddenly we’re not just doing something our way; we’re also doing it their way.

It’s okay to be personal.

Instead of approaching an exchange as a negotiation, consider it a conversation and be real. This can help in various ways.

Wharton professor Adam Grant explains that revealing a small piece of personal information in negotiations can enhance your position. In one experiment in which students negotiated via email, 59% of those that shared information irrelevant to the negotiations, such as their hobbies and hometowns, reached a successful agreement (as opposed to 40% who didn’t share the personal tidbits).

Grant writes, “When you open up about something personal, you send a signal that you’re trustworthy, and your counterparts will be motivated to reciprocate, matching your disclosure with one of their own.”

Don’t be afraid to make the first offer.

The key is having the confidence to put that offer out there. Galinksy advises putting out an aggressive number, but nothing too absurd. Once you’ve settled on your target price, consider your reservation price, or the least amount you’re willing to accept. Then, you’re ready to begin negotiations with confidence.

Which brings us back to where we started. There are people who negotiate huge wins for themselves – even an exit package to amicably leave their jobs – all because they approached it the right way with the courage to ask.