The Promotion You Don’t Want To Take 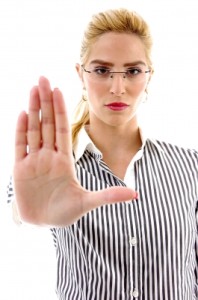 When it comes to our careers, we’re heavily socialized to be always looking up. We work in “up or out” cultures and stay vigilant against a stall in our careers. To be quickly, upwardly mobile equates to success. And who doesn’t want to be successful?

While ambition and direction are both admirable attributes, they can obscure what’s right for us. Our belief in vertical ascension can create a near knee-jerk response when it comes time for a promotion. It’s as if – by being offered one – we feel that we have no choice but to take it.

But we do in fact have a choice, and we should consider a promotion just as carefully as a move to another company entirely. Not all promotions are worth taking, and can even hurt our careers in the long run.

I recently found myself in a conversation with a colleague about this very issue. He was being offered a higher position at his company but felt serious reluctance. It took considerable reflection on his part to admit he didn’t actually want it, and then guts to tell his boss he was declining it. His boss was shocked, but as my colleague pointed out, the job would take away what he loves best about his work, and increase his stress level to boot. Just not worth it.

There are a number of cases where a promotion isn’t the best outcome. It doesn’t mean that you never want to be promoted. Rather, you have compelling reasons not to take this particular opportunity. Here are a few of those situations to keep in mind:

1. The fundamental aspects of a new position don’t appeal to you.

Similar to my colleague’s story above, not all jobs put us in a position to do our best work. A classic example is sales. Let’s say you’re great at sales, so you’re offered a sales manager position.

The skills and daily work of a sales person are drastically different from a sales manager. Perhaps you’d rather be out pitching new customers than managing employees and internal stakeholders. Although the new title may be more prestigious than the one you currently hold, think hard before you accept. Is the trade-off worth it? Would you be better off continuing to make your name in sales and then move to a larger company as a career progression?

We do our best work when we use our talents and love our jobs. Before you accept a promotion on auto-pilot, consider how you’ll feel to go to that job every day.

2. It’s only a promotion in responsibilities.

This is a common move companies make. You’re offered a new position, and it sounds congratulatory. You’ll be given a larger team, and a wider span of accountability. You feel proud that your organization thinks you can handle it, so of course you want to accept. It’s often pitched as your needing to prove yourself before a formal promotion by working the job first and showing you can do it.

But don’t let that sense of pride block out reality. No one from the outside would ever be put through the same hoops – they’d simply be hired with full title and salary. By having you on trial, the company saves both face and money. After all, if they decide to bring someone else in to do the job, business resumes as usual.

I’ve seen many folks stuck in this limbo indefinitely. They’ve been working a trial job for so long that everyone has just accepted it. If a promotion doesn’t include both a salary and title increase, it’s not a promotion. It still might be worth doing, but keep your eyes wide open. You deserve to get paid and titled as anyone else would be doing the same work.

There are seasons to every job, and eventually you may find that your future lies outside your current company. Maybe you’re ready to change fields entirely or pivot your career.

Companies invest time and resources into the newly promoted, and if you know you’re not in it for the long haul, it’s better to just say no. You’ll help preserve your reputation by not leaving your current company in a lurch, and keep yourself committed to what’s next.

Fellow Forbes contributor Meghan Casserly wrote about how she was offered a higher position at a photography studio where she was working simply for economic reasons.  While it seemed like a daring choice, she turned down the promotion, choosing to focus instead on finding a job in her chosen field of journalism.

We often associate promotions with “more” – a more impressive title, more responsibilities, and more money.  But if a higher position means you’ll lose time you could devote to what you really want to do, more may actually mean less.

4. The promotion doesn’t fit with your larger life.

These are often the opportunities we contemplate the most, as they come with a nagging feeling in our guts that the promotion has too high of a cost.

Whether it’s excessive travel, a relocation, longer hours, or less autonomy – the end result is that your life will be significantly changed. It can feel unambitious or embarrassing to turn down a promotion for lifestyle reasons. But if you take a promotion that requires you to sacrifice your own happiness, there’s a very real chance your performance will suffer. Studies have long shown that happiness correlates with productivity.

Part of Gen X’s, and certainly Gen Y’s, influence on organizational culture is that employees aren’t willing to sacrifice everything for a job that might not even be there tomorrow. According to The Globe and Mail, companies are increasingly seeing incidents of employees preferring to keep their old jobs, rather than rising to the next rung on the corporate ladder.

Even if you turn down a promotion, you can see the conversation as a time to ask for ways to make your current job more interesting and productive. For example, you might say you’d like to change your client base, or help develop a new product offering. You may find that by doing the work you love, you can eventually create your own promotion – the perfect one.

Have you ever turned down a promotion? Comment here or @kristihedges.

Leading During COVID: What To Say When You Don’t Know What To Say
Leading When the Plan is No Real Plan at All