The Secret to Managing Gen Ys (And Liking It) 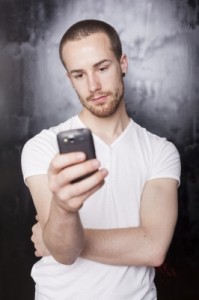 This Gen Y may be your boss one day, and you’re going to like it.

I’m captivated by Gen Ys (or Millennials, whichever name you prefer). I realize this is not a popular sentiment among my fellow Gen Xers. I enjoy working with this younger generation, and learning about their value systems and orientation toward life. To me they are fascinating, not just for what they are doing, but for what they expect.

What would have seemed like the boldest request in the world to me at 22, is natural as can be for them. They demand more, and they often get it.

Most of what we hear about Gen Ys is negative. They have become synonymous with terms like tech-obsessed, entitled, impatient, and rule bending. While this certainly isn’t the case for every Gen Y out there, many Gen Xers and Baby Boomers do find it difficult to work with them because their value systems appear to be so different. I’ll admit to my own resistance when Gen Ys descended on my company expecting work life balance and quick opportunities. It took awhile to figure out that perhaps that wasn’t a bad thing.

At the launch of the Georgetown University Institute for Transformational Leadership, Amy Friedman from MTV’s research arm spoke about Viacom’s extensive studies into Millennials. She discussed several major trends coming from this generation that are shaping our culture and our workplaces.

The first trend was an expectation of bi-directionality of authority. Forty-seven percent of Gen Ys say that being an authority and an equal aren’t mutually exclusive. Gen Ys also default to  authenticity in the workplace, and contrary to common wisdom, are highly motivated to work hard for a calling. Eighty-four percent believe there’s a perfect job out there for them.

In about ten years from now, Gen Y will make up 75% of the workforce. There’s power in those numbers. Many companies have realized that instead of asking Gen Ys to change, they must adapt to young workers’ expectations. Now, more than ever before, offices are offering flexible work arrangements, unlimited vacation and results only work environments (ROWEs).  Social media norms are relaxing, and the idea of what constitutes “work” is widening. Recently, I heard a partner at a global consulting firm tell younger workers that they should expect to be able to work the hours of their choosing — even cutting out at 3 PM for a family obligation — as long as they get their work done.

It wasn’t very long ago that “face time” ruled, and jumping on the elevator at 6 PM seemed like a slacker move.

Gen Xers didn’t change that norm — it was Gen Y.

Clearly, not every company is ready to bend to the demands of a young workforce, and my guess is that eventually we’ll meet in the middle. The fact remains that, more and more, we’ll be managing Gen Ys and needing them to be fulfilled and effective. Here are some tips from the experts about how to maximize Gen Ys in the workplace.

1. Recognize what they bring.

The Gen Y sense of entitlement might make them easy to dismiss as immature. But they frequently have experience that other generations may not. For example, they are more likely to have international internships or to engage in community service, which is required in many schools. They often take gap years for growth. These experiences allow Gen Ys to bring a different lens, which opens up new ways of looking at entrenched processes and problems.

Instead of focusing on what Gen Ys haven’t learned yet, find ways to bring out the unique contributions they bring. As a plus, this kind of responsibility is what they most crave.

Two things Gen Ys have become known for is their dislike of useless time at the office, and the importance they give to work-life balance. They’ll work hard and put in the hours if they can do so flexibly, and with an eye toward the larger picture. As Burton Goldfield, CEO of TriNet puts it:  “Millenials “don’t want to work from 9-5. They want to work from 10-2, stop and go to the gym, and get back online at 5 to finish the day at 9.”

Often we’re resistant to these ideas because it’s not what we are used to, or how we built our early careers. Try to be open to trying to arrangements with an eye toward what could work now. It’s not about fairness; it’s about success.

Older generations were raised to believe that work was about a paycheck first and foremost. The other, softer benefits were gravy. Gen Ys expect work to be fulfilling, and are often willing to forego salary for satisfaction. (Gen Xers and Boomers do get there, but it can take awhile.)

Whether you offer a ROWE or unlimited vacation, or give away gym memberships, or something else — make work about more than work. Show how the company is in service to something larger. Why bother? Because, despite our flailing economy, Gen Ys may be the first generation in history that assumes they will leave a job if it isn’t giving them what they want.  If you want to reduce turnover and keep your best people, these strategies may be essential.

Gen Ys grew up with instant feedback on their every move and thought. They’ve had helicopter parents, social media, texting, and of course the Internet to get any answer they want. Managers can be overwhelmed by the amount and speed of feedback Gen Ys expect. It certainly throws the yearly performance review into question.

We know that feedback is essential to performance, and that giving it constructively, in real time is most helpful. We all benefit from knowing how we’re doing now rather than what we messed up six months ago. Managers should be having weekly one to ones with all of their staff , regardless of generation, to both give and receive feedback.

5. Take their lead on technology.

One of the greatest strengths of Gen Ys in the workplace is their tech savvy.  For a majority of Gen Ys, using social media to network and get work done is second nature. Gen Ys also want their company to evolve with changing technology, and to embrace the latest trends that simplify work. Viacom’s research found that Gen Ys expect to mentor older colleagues on technology — after all, they’ve been doing it with their parents their whole lives.

This is a perfect place to allow Gen Ys to take a leadership role, even if it’s not their work function. Encourage ideas and suggestions from younger employees and have them infuse change in the workforce. The entire company benefits from its staff being conversant in technology, and active in social media. In fact, research has shown that people who use social media are actually more productive. (But Gen Ys already knew that.)

What’s your take on working with Gen Ys? Comment here or @kristihedges.

« Does Your Company Innovate Like Dunder Mifflin or Google?
The Best Reason Ever To Take A Two Week Vacation »