The Surprising Poverty of Too Many Choices 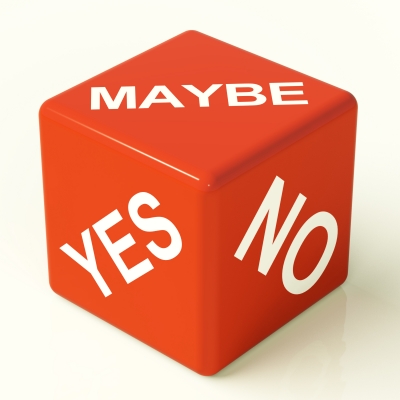 Research says that having too many choices actually decreases a person’s ability to take action. Sound familiar?

People get stuck. Increasingly as we reach certain levels of success, the reason is a surprising one: we actually have too many choices. We’re paralyzed by them, plagued in turn by self-flagellation, frustration and a gnawing stagnancy.

If this is your situation, then you may feel as if you’re standing on a ledge, toes hooked over the side, with no idea how you got there exactly or what to do next. But there you are just the same.

Consider an early retiree who can do just about anything with the next 20 years , but doesn’t have any idea what to do. Or a successful consulting firm executive who is burned out, yet can’t determine how to take a left turn from the steady job he’s held for a decade. And even the college student who can major in anything, and can’t decide which is the best intersection of her talents with market need.

You can get the picture pretty quickly. Having too many choices is actually harder than a defined few.

In his well-known work, psychologist Barry Schwartz, calls this choice paralysis.  He argues that more choices make us less likely to take action, and to be less satisfied with our eventual decision. With so many great options, we can only blame ourselves if we’re not meeting our own standards, and we engage in frequent regret about the roads not taken.

In this TED talk, Schwartz cites research that when people are given more options for their 401K account, they actually put off the decision rather than making it. Retailers know well that having  too many choices makes buyers less likely to purchase. Complexity leads to indecision, leads to stagnation.

Which comes back to our modern condition, with its increase in complexity. These decisions both life changing and not, will only get harder. No one is arguing for less choice here, only that there’s power in acknowledging why we’re stuck, and learning how to move with less certainty.

It calls to mind MIT lecturer Otto Scharmer’s great U Theory, of how we get ourselves through change by a combination of inward work and incremental movement. As Tony Robbins says, “The greater degree of uncertainty that you can comfortably live with, the richer your life will be.”

I don’t have a simple fix for getting unstuck in a sea of choices, and frankly, I suffer from the same issue myself managing a constantly evolving coaching practice. I can only offer what’s helped me, and my clients, create movement, and to start wading through the muck that is any kind of change.

1. Allow for ideas without action.

Change of any kind requires reflection, but not so much that we get lost in analysis paralysis. Set aside a space and time for ideation, without requiring action. Keep a list of your best ideas and revisit it once a week. Give yourself three months to determine your plan. Or go on a solitary retreat for a weekend. Allow the ideas to flow and give yourself parameters to think while reducing the pressure that it’s some excuse not to act. Good reflection will actually help you move more swiftly and save time in the end.

2. Beware of all or nothing thinking.

I hear this frequently in coaching. Clients will set up stark differences between their choices, thereby making any movement that much harder. For example, I have to quit my high-paying job and be financially strapped if I follow my dream of nonprofit work. There’s always a middle ground, and so be diligent about finding it and increasing your options. In this instance, you could ask to cut your hours back, and work part-time for a nonprofit. Or even keep your job and start your own foundation.

In his Wall Street Journal column, psychologist Dan Ariely discusses the unchangeability bias that blocks our decision making. When we see something as immutable, i.e. changing our career or moving, then we get even more blocked. The cure? Reframing changes as “trials,” because after all, isn’t that what most decisions really are?

Rarely is the choice as black or white as we make it out to be.

When we’re faced with change, we spend an inordinate amount of time guessing what the future state looks and feels like with scant actual research. Figure out how to get some good data by asking people currently in the opportunity you’re considering what their lives are like. If you can, even sample the opportunity before you commit to it. Thinking about taking a year off to travel alone, try spending two weeks doing it first. Experiential learning (or close to it) can bring great clarity, and a deeper wisdom.

The reality is that choices beget choices. You just can’t know what options will be open to you at Point C when you’re still at Point A. You have to trust that movement is positive, and that you have the ability to continue to create opportunities for yourself. If you start a new company  — even if it fails — the network and experience you gain puts you at a completely different vantage point. When you let go of predicting the entire journey, you can focus on the more manageable decision of what’s the first road to take.

As we head to the end of one year, and the beginning of the next one, it’s a natural time to reflect on the change we want to see in our lives. If you’re feeling stuck by too many options, share your story here or @kristihedges.