Transition Your Role So You Can Move Up 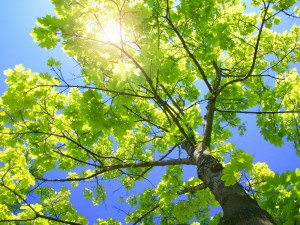 “The final act of a great CEO is having a great transition,” said Bill Ford, Executive Chairman of  Ford Motor Company, speaking about CEO Alan Mulally’s departure from the company this year. Mulally, who Fortune magazine ranked as the third best leader in the world, once again showcased his rock star CEO status when he successfully transitioned the helm in one of the most admired companies in the world. Mulally brought Ford back from the brink during the 2008 recession, partly by making hard bets against taking government bail-out money and overhauling the product line.

Mulally’s now handing the reins over to COO Mark Fields, a trusted executive who is already running day-to-day operations. The transition is smooth because it was well strategized and planned, and the company is confident in it.

You don’t have to be a CEO of a global company to learn about transitions in Mulally’s example. Indeed, any leader who wants to be promoted should be thinking now about how they will be replaced. It’s counter intuitive to be working yourself out of a job, and yet, being too needed in your current role can hold you back.

Transitioning roles – either in or out – is hard to do at all, let alone do well. Marshall Goldsmith, author of the book, Succession: Are You Ready?, says the difficulty of transitioning often involves ego: “It’s very hard to let go. This is something that’s really easy in theory and difficult in practice. If you look at some examples in the U.S., there have been some CEOs who’ve said that they would leave and then change their minds. People like Steve Jobs and Michael Dell said that they would leave but they chose to come back.”

Whether because of ego or lack of preparation, or a combination of both, leaders need to overcome their mental blocks about succession planning. By getting ready far in advance, they can pave the way for their own future success, as well as their team’s. Here’s what you can do now to think ahead:

Hire for tomorrow, not just for today.

Be thinking two steps ahead in hiring. Look for people who can take on more, not who are just perfect for the current role.

Consider the traits you need for your job such as initiative, strategic thinking, or advanced communications skills. These are skills that are good for any position, but can also show a candidate’s ability to take on more responsibility than what her imminent role requires.

Select your best candidates and work closely with them over an extended period of time. Think of it as a type of directed mentorship. Form strategic relationships with employees who have the greatest potential to ascend to an elevated position. Find opportunities to have them stretch their skills, and for you to provide detailed feedback to help them advance.

There’s probably not one person you will identify as being perfect for your role, but that’s not the point. Goldsmith says, “A successor is never a perfect fit and never fully prepared. It’s about when the person is ready, that’s the point. If the stakeholders see the person as ready, then it’s time for him to start but just as important, it’s also about the incumbent being ready to let go. It’s a dance really, in a way.”

Communicate your intentions early and see who steps up to the challenge.

As I mentioned in a prior post, the number one reason people leave their jobs is because they aren’t aware that they can advance at their companies. Remember, even if you see potential in someone, that doesn’t mean that they share your vision.

Be explicit that you don’t expect to stay in your role forever, and that you’d like your replacement to come from within. You might be surprised at who expresses interest and who doesn’t. It also might entail some direct feedback on your part to let your top candidates know that you consider them contenders for your own job in the future.

Create opportunities for people to gain visibility with senior leadership.

During a transition period, managers are often asked who is ready to replace them. Ideally, this is obvious, but it’s helpful to ensure your top candidate has exposure to company leadership. Back to Mulally’s example, COO Mark Fields had already assumed many of the CEO’s duties.

Showcase the individual’s qualifications as well as your strategies to prep them for the job. Remember, if they look good; you look good.

Any transition requires stretching skills, even with the best preparation. To get your candidate ready, you need to give him or her a chance to try and fail – but not fail spectacularly. Be there to support your heir apparents by providing coaching and back up. It takes years to get good at a job, and support while learning the ropes is essential.

A succession plan is critical for an employee’s future success by not only providing room for achievement but also for failure. David Boggs, practice leader of executive search consulting firm WK Advisors, suggests how a plan can make room for failure: “If you have a leadership succession plan and make a specific effort to develop the candidate, everyone has an idea of how the development can succeed. Within this framework you can even introduce the concept that it is okay to fail along the way as long as learning and development are taking place.”

Have you successfully transitioned your successor? Comment here or @kristihedges.

Why 2021 is Your Reset Year
Remember What You Loved About Your Job? It’s Still There If You Look.