Why Employees Lie: Men of a Certain Age and Situational Deceit 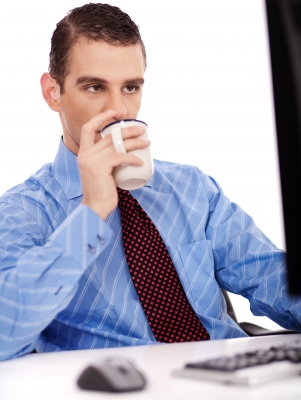 It’s been a recurring theme in my orbit lately.

It started with a client lamenting the fact that she feels one of her management team members is withholding information and lying about his career ambitions. Even as a supposition, it’s changing the entire nature of my client’s relationship to someone she used to consider her right hand person.

Then one of my favorite shows, Men of a Certain Age, devoted a thoughtful storyline to lying at work. The character Owen, who runs his family’s car dealership, installed hidden cameras during test drives to see how his salespeople interacted with customers. Owen felt deceitful to take this kind of step, and struggled to change the problematic behaviors without revealing how he’d discovered them. But it got even worse when the camera exposed his most trusted employee and long-time family friend taking kick-backs and skimming money from the company. The story was a twofer — a lie of omission uncovering a lie of commission.

Lies fly around workplaces readily. In many ways, we’re numb to them. We expect white lies and overlook them. People say they’ve started projects they haven’t gotten to, or that they’re sick when they take a mental health day, or that they love their jobs while circulating a resume. A  recent Harvard Business Review blog post by Bill Rosenthal and Carolyn Anderson, To Catch a Liar, gave a how-to list for catching corporate liars. The authors said lying is pervasive, especially for those in power or under stress. (And well, who isn’t at least one of those?) Not surprisingly, the post was widely circulated on social media.

How much people lie is uncertain, but I do know that it generally makes everyone involved feel worse. Those telling the lies feel lessened, or guilty. And for the people being lied to, like my client, it irrevocably changes the interpersonal dynamic. From my perspective as a business owner and employer, as well as my work coaching leaders, I see the universal wish for employees to be straightforward. Tell the truth when asked. Be upfront about concerns or future intentions. Refrain from hiding problems and mistakes. Leaders would rather deal with reality (which is hard enough) than have to combat hypothetical issues too.

So why does so much lying happen then? The answer is complex and individual, and takes a few forms. Here’s why I see employees resorting to being deceitful. If you’re a manager reading this and you want more truthfulness from your team, consider if you’re playing a role as a collaborator in these assumptions.

1. I’ll be penalized if I tell the truth.

By far the largest reason that people lie is to protect themselves. Whether it’s a risk of being fired, derailed or embarrassed, employees hide the truth or lie because they believe there will be negative consequences. If managers want to encourage honesty, they should publicly reward people for being truthful when it takes guts to do so. On a personal level, they can thank people for acts of integrity.

Whether this comes from our larger corporate culture or a company-specific one, the overall judgment here is that companies are out for themselves, so employees need to be as well. This is hard to dispute on a macro-level when you observe corporate behavior in the past few years. If managers want to combat this impression, they need to make overt moves to highlight times when the organization puts its people above or equal to its bottom line. Models for this are leaders like Tony Hsieh of Zappos who have built tremendous businesses by building excellent teams and cultures. The more people see that the company is invested in its people — and its people in each other — the more this rationale erodes.

3. Nobody around here really wants to hear the unvarnished truth.

When companies gloss over issues or ignore looming problems they create the impression that the priority is short-term contentment over the messy truth. The unspoken norm is “go along to get along.” As a consequence, employees hide known problems, provide overly positive responses, and do whatever it takes to not be the one nail that sticks up. If you want to change this cultural dynamic, create structured opportunities for employees to surface issues whether it’s in strategy meetings, product testing, or even employee surveys. Make a positive example out of whistleblowers. And most importantly, show how you are taking action from that truth, not just paying lip service to it.

4. Deception is how business gets done here.

This reason for lying is the deepest and most insidious. It’s the feeling that the entire culture is corrupt and rewards political gaming and deception. Think of Enron or even pre-bust Wall Street as extreme cases, though many others exist more quietly. When people willfully deceive customers and partners, and knowingly lie to each other, it’s done without impunity or guilt. It becomes a situational norm that would be repulsive anywhere else in a person’s life. If you’re a leader in this kind of environment, or even inherited it and want it to change, you must modify your own expectations first. It’s the Pygmalion effect — people rise or fall to our expectations. Want more trust? Extend it freely. Want honesty? Expect it. You may be surprised how your own attitude adjustment can transform your team or group. At the least, you can live up to your own values in your corner of the world.

Which brings me to my final point about lying at work: it’s our choice. We determine our values, and who we want to associate with. We can choose to not buy into any of the reasons above and conduct ourselves to our own standards. As leaders, we can adopt and model the behavior we want to see in others. Even though it may seem so, there isn’t more grey area in integrity at work than any place else. Perhaps we should stop expecting otherwise.