The Do-Over: How To Correct A Bad First Impression 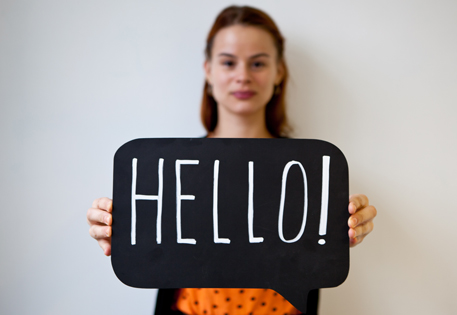 Awhile ago, I wrote about the nature of first impressions. We’re continually told of the importance of making positive first impressions, especially given how quickly we determine them. Some research suggests that first impressions can be so powerful that they’re weighed more heavily than fact. We know that making a good first impression is critical to success in both our jobs and personal lives, but the fact is that sometimes we flub them. Whether because of pressure, nervousness, a wrong approach, or distraction, we don’t always show up the way we intended.

The question then becomes, how do we correct a bad first impression?

Here’s the good news: impressions evolve over time. You may not get a second chance to make a first impression, but you can create an opportunity to correct one. Here are five ways to do so:

Realize that an initial impression is just that – a beginning.

We’ve all changed our opinion about someone the longer we’ve known them. Consider a colleague that you initially thought was standoffish, but after sharing a project realized was someone who just took a while to warm up.

If we look at first impressions as make-or-break opportunities, then it’s easy to make excuses for not trying to correct them. Instead, consider that impressions continuously evolve with multiple touch points. If you want someone to get to know the real you, then put yourself in front of them. Ask the person to lunch or volunteer to help them. By witnessing your skills and personality over a longer period of time, their perception of you can grow.

A Harvard study revealed that it typically takes eight subsequent positive encounters to change another person’s negative opinion of you. So be persistent and play the long game.

Further, small, predictable interactions increase trust greater than a one-time splashy event. Take the pressure off yourself to knock someone’s socks off, and instead focus on demonstrating your value over an extended period of time. Strive to be consistent, follow up, and follow through.

Ask for a chance to correct.

Being straightforward can help minimize misunderstandings and reframe the discussion. Consider simply saying, “I feel like we got off on the wrong foot. Can I take you to lunch?”

Honesty can be a game changer in any relationship and goes a long way toward changing someone’s perspective. If you feel that there’s a failure to connect interpersonally, provide your view of the situation and then vet it with the other person. Admit what caused your behavior that may have led to a wrong impression. If you have a family issue that caused you to be disengaged during a meeting, then say so. If the other party is as open minded as most people hope to be (more on this next), then they should give you the benefit of the doubt.

Remind the other person how open-minded he or she is.

Many people have what psychologists call an egalitarian goal, which means that they work hard to be open minded and fair in their interactions with others. Research shows that when you remind someone of their fairness, they will more conscientiously work to live up to that assessment.

Practically speaking, this means that after a less than stellar first interaction, you can send a follow up email and compliment the other person on their open mindedness or fairness in evaluating people. Or recognize how their perspicacity must be a real asset in their job. Reminding the other person of their egalitarian goal will help them remember to be more open minded in their perceptions of you.

Ask them for advice – on anything.

According to Wharton professor Adam Grant, asking for advice is a smart way to be influential. Grant discusses one study in which researchers asked people to negotiate the possible sale of commercial property. When the sellers asked the buyers for advice on how to meet their goals, 42% were able to come to an agreement that made both sides happy.

“Asking for advice encouraged greater cooperation and information sharing, turning a potentially contentious negotiation into a win-win deal. Studies demonstrate that across the manufacturing, financial services, insurance and pharmaceuticals industries, seeking advice is among the most effective ways to influence peers, superiors, and subordinates,” Grant writes.

If you feel that you didn’t make a positive impression, follow up and ask the other person for advice on some aspect of work. This also allows you to get in front of the person again and make a new impression. Psychologist Robert Cialdini says that by asking for advice, you suddenly “have the basis of an interaction.” Advice can always be returned, as can a thank you.

Kristi Hedges is a leadership coach, speaker and author of The Power of Presence: Unlock Your Potential to Influence and Engage Others. She blogs at kristihedges.com. Comment @kristihedges.