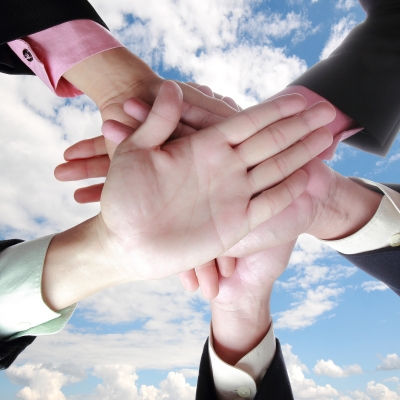 Leaders spend a sizable portion of their time focused on improving their teams. They want their teams to perform better, innovate more, resolve conflict, and independently solve any problem that emerges. We expect a lot from our teams – and as the foundation of organizational life – we should.

Changing team behavior, once ingrained, is no small feat. A lot of social nuance goes into creating the culture of any group, and once it’s established, can be hard to affect. Cultures rest on spoken and unspoken norms. Think of team culture like a web. You can take out one piece of it, and it will re-form to its overall shape.

Now, with all that said, here’s the ray of light. I’ve found one team performance tool out there which is so effective and shockingly simple that I’m constantly amazed at its impact. It’s low-tech, requires no prior skill, and can be put to work in thirty minutes or less.

It’s the act of creating 3-5 jointly agreed upon team operating principles. This process can dramatically improve team performance and reduce dysfunction. If you’re skeptical, I don’t blame you. I wouldn’t believe it either if I hadn’t seen it work over and over again.

First, let’s consider what kind of team we’re discussing here. A team is a group of people who are interdependent in order to accomplish their goals. As Katzenbach and Smith discussed in their seminal work, The Discipline of Teams, “teams have four elements—common commitment and purpose, performance goals, complementary skills, and mutual accountability.”

Groups that work together but don’t share these attributes, such as a group of sales reps, are a work group rather than a team. Companies waste time and resources trying to make a team out of a group of independent workers who are doing just fine on their own, thank you very much.

True teams do rely on each other, and they need to know crisp boundaries which govern their behavior. In the vast majority of teams, these are assumed or communicated inconsistently. That’s why operating principles work so well: they create a shared agreement for behavior and create mutual accountability. Consider operating principles like the guard rails that keep you from steering off the road.

So what do operating principles look like? They can be whatever you want them to be. Principles can be similar to core values but with one important caveat – they are behavioral, tactical guides. As this HBR article points out, principles provide direction. For example, a core value may be to put the customer first but a team operating principle would be to report back on customer issues within 24 hours.  Amazon does a good job of creating values which could be adopted as operating principles, for example. Here’s a list from training firm Lauren & Associates with numerous samples for inspiration.

Some of the favorites that I’ve heard in my work include obligation to dissent (McKinsey & Company), challenge your own perspective, answer to this team first, and no name jerseys.

Now that we understand what they are, here’s the process I use for setting them.

Set up a meeting specifically to address establishing operating principles for the team. Make it productive and uninterrupted time. Give the team members some examples beforehand to get them thinking, and have them come to the meeting ready to suggest and advocate for principles they deem are important.

As the leader of the meeting, your job is not to set the principles but to facilitate the conversation. While you may have certain behaviors you want to encourage, you don’t want the principles to be directives from you. You can suggest principles to consider, but be sure to let others put their ideas on the table first.

3. Have the team rank their top 3-5 operating principles.

Create a neutral way for the group to vote on the top principles so you can winnow the list down to 3-5 core principles. You can put a list up and have people mark their top two or do a secret ballot. The process is less important than the result. Having no more than five final principles is important – a short list focuses on what’s most critical and can be kept top of mind.

Here’s the inflection point where the process can either thrive or break down into a frustrating waste of time. Enlist the team in a discussion about how the principles will be maintained. Will the group call each other out on them? Will the team do an audit at the end of a monthly meeting? Do they become part of performance reviews and manager one-on-one meetings? There needs to be a transparent agreement on how the team will keep and hold each other accountable.

Finally, devise a way to keep the operating principles front and center. Post them before team meetings. Create a framed graphic that goes on desks. Get a mouse pad designed with them. Or make them screen savers. What gets focus gets done.

Warm to the concept but still not sure? Try out the idea for a one-time project meeting. Spend a few minutes determining the operating principles for the meeting and write them on a whiteboard. Ask the team: what do we need to do to make this meeting a success? You may be amazed at how the behavior changes when people are allowed to set their own rules, and gladly follow them.

« How Important Is Your First Impression Really?
If You Think Leadership Development Is a Waste of Time You May Be Right »