The Real Reason You’re Jealous of Your Friend’s Success 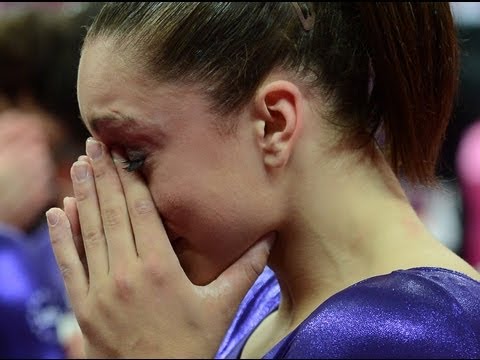 Couldn’t we all feel Jordyn Wieber’s pain when she lost her slot to pal Aly Raisman? (Photo credit: NoCoast Bias)

Morrissey said it bluntly in his cheeky song, We Hate It When Our Friends Become Successful.

If Facebook behavior has proven anything, it’s that Morrissey had it dead on. We may never admit it outright, but there’s an undercurrent of envy and gossip that exists within all of us. We try to keep it to an acceptable level by living ethical lives, and practicing support and gratitude. But why does envy exist at all? And does it make us bad people?

First, let’s consider how envy shows up. There’s the blatant jealousy when someone gets something we want like a great job or a romantic relationship. It also the smug feeling when your high school rival shows up at the reunion wearing an extra 100 pounds. Or it’s more subtle, taking the form of gossip, inward feelings of inferiority, or outward disdain for another.

When you consider the average gathering of friends or workplace colleagues through this lens, you can see envy’s insidious hand everywhere.

Envy makes us feel ugly for experiencing it. It’s an emotion we want to make go away as quickly as possible. Or better yet, be able to stay above it in the first place.

Envy is a natural condition that has deep biological roots. As Sarah Hill and David Buss explain in their research, The Evolutionary Psychology of Envy, we experience envy because it’s enabled us to evaluate our position in the competition for resources. Social comparison is the way we determine where we stand, and how to adjust. And we’re most envious of those who are similar to us, which explains the issue with our friends’ success that Morrissey nailed.

Case in point: Did you see Olympic gymnast Jordyn Wieber’s face when she was bested for the all-around competition by her good friend Aly Raisman? We could feel her pain on a visceral level, and literally see her trying to get out of a place of envy and into one of support for her team mate. (Of course, she rallied and won her team gold.)

We can’t forget, that at its core, envy is really a self-criticism, as this Psychology Today article explains. We have it because we feel less than another, in some way. We’re wary of admitting jealousy to anyone, unless of course, they feel the same way. Psychologists believe this is because by admitting envy, we lessen our status even more (and thus our ability to compete).

Hill and Buss cite research showing that humans respond to envy with either submission, ambition or destruction. Submission can also be avoidance — you accept someone else’s dominance and steer clear. You can guess that our culture generally veers toward ambition, which is trying to compete, i.e. find an even better job. Destruction usually takes the form of the more socially acceptable denigration.

We try to rationalize envy away, but envy itself isn’t rational. It’s an emotional response, that can seem disproportionate to the issue itself. I mean, who cares how much money your friend from college is making anyway? It doesn’t affect you one whit. But boy, can it burn.

You can guess that evolutionary psychologists have a reason for this too. The more emotional the response, the better its hardwired into memory.

So what role does gossip play in all of this? Gossip is envy’s first cousin. Sometimes he’s a good cousin, and other times the evil twin comes out.

Gossip exists in all human social structures as a way for conveying information to navigate the complexities of relationships. In that way, it serves a core function. It can never be eliminated — many companies have tried. But it can stay in check with transparency.

Dr. Nigel Nicholson, who teaches organizational behavior at the London Business School, explains that gossip is part of status consciousness (as is envy). It helps us understand and influence our own place in the social web. We also use gossip to create alliances, as information is a coveted commodity.

Where gossip starts to be a problem, is when it’s used to denigrate another person to alleviate our own envy. Nicholson adds that we’re masters of self-deception, as we disguise our gossip as being charitable rather than for what it actually is. In the gossip we spread, we always assume the moral high ground. (i.e. “I say this for Ann’s own good as a friend, but she needs to step it up at work.”)

I would add to this that gossip often plays a cautionary role too. As Phil Dunphy on Modern Family so humorously portrayed in his quest to discover every detail about his neighbor’s divorce, we want to know the mistakes others make so we don’t repeat them. That’s why common gossip topics are what’s most dear to us: health, career issues, marriage and family.

Okay, so we’re designed to feel envy and spread gossip. Where does this leave us?

We still have free choice to act in the ways we want to. We can’t control how we feel, but we can manage the result. We know from neuroscience and psychology that naming a feeling takes the steam out of it, and reduces reactivity. It’s a powerful coaching tool, and a personal coping mechanism.

Understanding where envy comes from, and the nuances of gossip can be helpful. The next time we find ourselves feeling jealous, we can call it out: “Oh, that’s just a status threat we all get with friends. It’ll pass.” And we can be more reflective and intentional about the gossip we listen to and share by considering the real reasons behind it.

Most importantly, we can make time for people who make us feel more than, which boosts our confidence and builds our defenses against envy in the first place.

Thanks, Morrissey, for inspiring this post. There’s a reason that song is so catchy.

Why 2021 is Your Reset Year
Remember What You Loved About Your Job? It’s Still There If You Look.