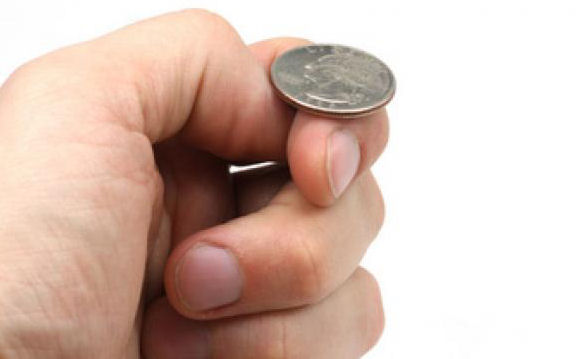 Decades of research into the effectiveness of employment interviews has shown one consistent result: we are terrible at conducting them. Our ability to predict success from a typical unstructured job interview is roughly the same as flipping a coin. A round up of 85 years of research by leadership scholars showed that unstructured interviews were ranked so low in effectiveness that they only explained 14% of an employee’s performance.

There are a host of reasons why interviews are so unreliable. We’re susceptible to a wide-range of influences and unintended forces during them. We fall victim to confirmation bias, where we look for information that informs what we already think. For example, if someone went to our alma mater, we’ll look for evidence that she is as capable as we are. Further, we decide fast. Much of the interview is determined in the first 10 seconds.

We also fall prey to affinity bias, in which we treat those we like more favorably. In other words, we like a candidate so we attribute his silences to thoughtful reflection. (Unlike the last guy, where we thought he was pausing because he didn’t have a good answer.)

There’s a continual barrage of findings around how we’re more likely to hire someone who is tall, attractive, male, and of the same race. We also get influenced by those who flatter us.

Interviews may even make hiring harder than no interviews at all. One study from the University of Pennsylvania and Carnegie Mellon showed that we’re more effective at selecting good candidates if we look at their resume only without an interview. The researchers call it a dilutive effect: we’re bombarded by so much extraneous data in the interview that we overlook what’s truly important.

By the way, if you think that you’re the exception and interview well, think again. Researchers have also shown that we’re susceptible to attribution error in interviewing. We give ourselves ample credit for our good hires, but explain away our bad hires to circumstances beyond our control.

Despite this research, most hiring managers can’t imagine offering someone a job without interviewing them first. Certainly, interviews weed out the clear no-hires, and help us get a sense of another person. Luckily, there are interview techniques that are far more effective than the typical conversational interview: well structured, behavioral interviews.

We primarily look for functional competencies, which are important, but only tell half the story. Decide what kinds of cultural and interpersonal competencies are also needed, such as initiative, flexibility, communication skills, and conflict management. These are the qualities that often make or break a successful employee. Do the work ahead of time so you know going in the full picture of what you are seeking to discern in your limited interview time.

2. Develop open-ended, curious questions to get to the underlying behaviors.

Ask deep, involved open-ended questions that invite the candidate to discuss their past behaviors. Use “How” and “What” questions rather than “Why” questions. It’s helpful to have the questions ready ahead of time. For example, to determine initiative, ask the candidate to describe a time when they were able to complete a successful project despite significant odds. How did they overcome resistance? What did they learn in the process? You may find some inspiration for questions here.

3. Look for the situation, action and outcome.

As you listen to the candidate’s answers, tune your ear to hear the situation, the action they took, and the outcome that was achieved. If you need more understanding on any of those three, ask follow up questions that probe the candidate’s perspective and move them beyond any prepared talking points.

4. Put a numerical value to your findings.

Before the interviewers compare notes, have each person rate the candidate on each competency on a predetermined scale. A simple 1-5 works fine, as long as you have a key for what each number means. By forcing the interviewers to put a value to each competency, they put some analytical muscle into their findings, and offer an additional data point for comparison.

5. Calibrate with the other interviewers.

After every one has rated the candidate, bring the interviewers together to compare scores. This calibration session should allow everyone a chance to voice why they gave the ratings they did, what they saw in the interview, and how strongly they feel about it. In the end, the hiring manager needs to determine what’s acceptable to make an offer, or if another interview might be needed.

For many people this process may feel onerous or even rigid – but take heart. As with anything, the more you do it, the easier it gets. As you develop your own best questions for top competencies, you’ll find that you learn far more about the candidate, and whether or not he or she can truly be successful.

« Why You Stay in a Job You Hate
How to Manage Conflict »
Remember What You Loved About Your Job? It’s Still There If You Look.
Leading During COVID: What To Say When You Don’t Know What To Say