Four Reasons We Don’t Ask For What We Want 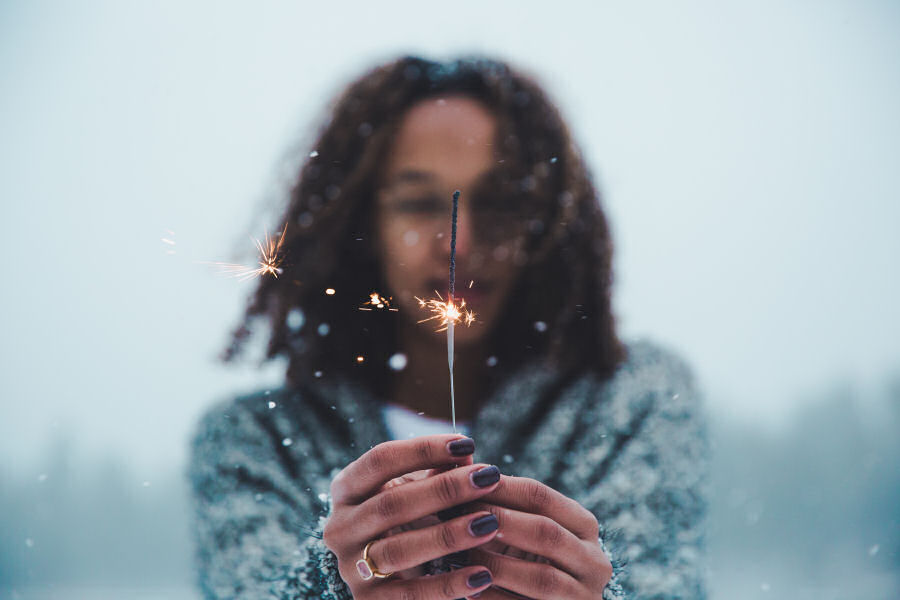 It’s December, that time when so many of us begin to ponder what we’d like to happen in the coming year — and how to go about getting it. Most people have a hard time asking for what they want professionally, whether it’s a promotion, more money, greater flexibility, or a new opportunity. Asking for what we want takes courage and involves personal risk. The more we have to lose, the harder that courage is to summon.

This spring, a coaching colleague in Virginia, Nancy Belmont, had an inventive idea to erect a Courage Wall in her neighborhood. On an eight-foot-tall, twenty-foot-wide chalkboard, she placed the phrase, “I Wish I Had The Courage To…,” encouraging passers-by to fill in the rest of the phrase with their own personal, courageous goals. Entries included people seeking to “be who I really am,” “run for office,” and “write my novel.”

What started out as a small endeavor went viral, with media coverage around the world and similar walls erected elsewhere. The Courage Wall concept hit a nerve. So many of us know what we want to do, and are looking for inspiration to actually put it in motion.

If we can easily fill a wall with people’s aspirations, what holds us back from moving forward to achieve these dreams? What are the reasons that we don’t come out and ask for what we want?

In an inspiring TED talk called “The Art of Asking,” Dresden Dolls Lead Singer Amanda Palmer discusses that our fear of vulnerability and being judged prohibits us from asking for what we really want. However, she says, based on her experience as a street performer and musician, vulnerability is a crucial part of getting what you want. “Through the very act of asking people, I connected with them, and when you connect with them, people want to help you.”

We all have desires and needs, and by sharing them with those who can actually help we can create an empathetic connection, and encourage others to invest in us.

We don’t think we have a chance at getting what we want.

We’re very good at negotiating against ourselves before ever uttering a word, shutting ourselves down preemptively. It’s key to understand that, from an employer’s perspective, you are an investment. It’s in their best interests to make you a happy employee if it can be done. Consider author of I Will Teach You To Be Rich, Ramit Sethi’s, valid point:  “I don’t think we should quit without asking for what we want. Every good boss wants you to stay at your job. If it would just take a few dollars extra per week, most bosses would happily pay you.”  The cost of recruiting, hiring and onboarding a new employee is costly; the turnover costs for even an $8/hour employee average $3,500. This means that if an employer can crunch the numbers to make you content, he or she likely will.

And even if you don’t work for Fortune 500 company with (seemingly) infinite cash to throw around, the same rules apply. As Sethi explains, the company has to weigh what you’re asking for against the cost – in dollars and lost productivity. Any assumptions you make against yourself are merely guesses. “Maybe you’re right. Maybe I’m right. Who knows? Certainly not you until you ask,” Sethi writes.

We aren’t sure of what we want, exactly.

It’s hard enough to ask for what we want when we’re absolutely sure what that is, and how much it means to us. When we’re ambivalent or uncertain, we can put ourselves in a sort of reflection limbo. Many of us never leave there.

Maybe all you know is that your current situation – whether it’s your role, salary, schedule, commute, or career path – isn’t working. Talking it through with a manager or trusted coworker may be the first step to figuring out what needs to change. We don’t have to have the full picture in mind to start the painting. Just make sure the other person knows where your head is, and that you’re asking them for help exploring the possibilities.

We are afraid of actually getting what we want.

Call this the devil-we-know syndrome. We think we want something different but we’re worried about the downside of actually getting it. This may seem counterintuitive, and that’s why it’s so paralyzing. For example, if we ask for and get the new job title, we also get more responsibility and exposure. The truth is, some of us may be subconsciously afraid of success. Mark McGuinness, author of Resilience: Facing Down Rejection and Criticism on the Road to Success, writes, “On some level, it’s more comfortable to stay in a familiar situation, even if it doesn’t feel great on the surface. But achieving success (however you define it) means you are entering uncharted territory. You are putting yourself out there to be scrutinized and criticized, and exposing yourself to new pressures and demands.”

The key is to think about all the positives that come with getting what you want, whether that’s a greater opportunity, bigger paycheck, more satisfying work, or a more accommodating schedule. Then embrace the opportunity as a chance to learn and grow. Your perspective can only be enhanced with a new situation. When we approach any request with a growth mindset, no matter what happens, we succeed.

Kristi Hedges is a leadership coach, speaker and author of The Power of Presence: Unlock Your Potential to Influence and Engage Others and The Inspiration Code (coming June 2017). She blogs at kristihedges.com.

« How to Manage Conflict
Competition At Work: Positive or Positively Awful? »