How to Manage Toxic People at Work 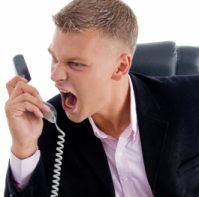 You know the kind. They’re the office bullies who “accuse, threaten, annoy, pester, shame, raise their voices, shake their fists and sometimes even get physically pushy.” Or they’re the tantrum throwers, the too-demanding bosses, the micromanagers, the passive aggressive co-workers or the underminers – the list goes on.

If you’re dealing with a toxic person at work, you’re not alone: according to a study by leadership development consultancy, Fierce Inc., four out of five employees work or have worked with a colleague who could be considered toxic to the work environment. All too often, this behavior is tolerated. Only 40% of bosses say they would eliminate a toxic team member, versus 88% of employees who would.

Management, however, should be paying close attention. Sigal Barsade is a professor at the University of Pennsylvania’s Wharton School, and a notable researcher in the area of emotional contagion. In her research, she’s found that groups catch emotions, and that one member’s bad or good mood infects the rest of the group in significant ways. Even further, groups develop common emotions, called group affect. That means one toxic apple can spoil the whole barrel. For a visual overview of this research, check out this thought-provoking video.

Toxic people are very real obstacles to a productive and healthy work environment. They can contaminate and even change the mood of an entire team. But what do you do? Do you ignore them? Do you confront them? How can you possibly alleviate their toxic behavior if management turns a blind eye?

Here are some strategies to consider.

Don’t get sucked into the drama.

Another person’s toxicity is not about you – it’s about them. It’s not worth your energy to fret about what you did or why they’re picking on you personally. That just enhances their power over you.

As Larry Kim writes in Inc., you have to get emotional distance from toxic people. “Stop giving toxic people your head space. This is incredibly difficult, but you end up sabotaging your efforts if you’re obsessing over what someone else is doing, or what he or she might do next. You overthink your decisions and consider their feedback before it’s even been offered (or thrust upon you).”

Take a break, laugh with a trusted colleague, or try to get a few steps removed. Don’t get emotionally involved in their drama; it’s not worth losing your cool over.

Lean into the crazy.

To clarify, by “crazy,” psychiatrist and crisis counselor, Mark Goulston, author of Talking to Crazy: How to Deal with the Irrational and Impossible People in Your Life, means irrational, not mentally ill. And that’s generally the situation with toxic people at work.

Toxic people, whether your manager, employee, or coworker, act irrationally because they believe it helps them accomplish a goal. Goulston argues that irrational people “often approach situations this way because they feel this is the way for them to get their point or to get out of a situation where they might be blamed for something…to them it’s not irrational. They believe that if they can either manipulate someone or overwhelm them that the other person is not going to ask them to do something they don’t want to do or is not going to hold them accountable.”

But how do you deal with this irrational behavior? By leaning in, so to speak, and figuring out what’s making them act that way. Goulston continues, “If you can realize that there is something underneath the way they’re behaving, if instead of reacting to them… hold a little bit of yourself back…let them finish – and then pause, and lean into what they’re saying and [ask] with a proper tone, a tone of inquiry wanting to hear more.” If they feel like you’re generally concerned about what’s going on, they will likely open up to you.

Goulston calls this listening into the eye of the hurricane. In other words, amidst the storm, you have to seek out the core message that they are trying to convey. This can be especially helpful when trying to get through to toxic people that you manage.

Engaging in a dialogue with the person and listening to what is really bothering them is a great way to get at the heart of their toxicity, so you can confront it at the source. As Goulston aptly puts it, “Inside most people that are not dyed in the wool dysfunctional, there is a desire to get better results.” If you can tap into that desire, you have a chance of avoiding much of the toxicity.

At some point, you have to decide what you will and won’t put up with. This is best to do with a cool head, when you can be your most logical.

If your colleague points fingers every time there’s an issue, push back. If a co-worker is constantly complaining, redirect them to finding solutions.

According to Dr. Travis Bradberry, co-author of Emotional Intelligence 2.0, drawing a line, with complainers in particular, is crucial. He writes, “If the complainer were smoking, would you sit there all afternoon inhaling the second-hand smoke? You’d distance yourself, and you should do the same with complainers. A great way to set limits is to ask complainers how they intend to fix the problem. They will either quiet down or redirect the conversation in a productive direction.”

If all else fails, escalate the issue – but go in with a case.

It’s generally preferable to deal with a toxic colleague on your own before going above their head, but sometimes you don’t have a choice. If your feedback hasn’t helped or the person is causing significant damage, then escalate the issue. If you’re the boss, then bring in HR.

Focus on how the company is negatively affected by this person’s behavior; don’t simply express that he or she is difficult as that is unlikely to invoke change. Prepare yourself with talking points about how this person is hurting productivity, and bring in specific examples with as much corroborating evidence as you can.

Make a clear case for the deleterious effect that sustained toxic behavior can have in the workplace. If left unchecked, morale of an entire team can be damaged – or even irrevocably changed.